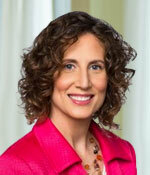 Lisa Masten has more than 20 years of experience in the investment management industry, leading projects and designing solutions in the areas of performance and attribution, data management, market data administration, portfolio analytics, and investment accounting. Lisa leads Cutter Associates’ Data and Performance practice, where she advises and designs operating models, selects systems, and implements business and technology solutions. She also organizes the Implementation practice for Cutter, including leading development of its adaptable delivery framework and project toolkit.

Prior to joining Cutter, Lisa was a Senior Manager at Invesco, where she managed a global team responsible for designing and implementing data, performance, and accounting solutions. She has held roles implementing and supporting processes and technology across the front, middle and back office at multiple asset management firms. Lisa holds a Bachelor of Arts in finance and computer science from North Central College in Illinois.

When offices closed and employees began working from home due to COVID-19, I heard concerns that projects would grind to a halt and new ones wouldn’t get off the ground.

I found these concerns puzzling.

During my 20-year career, I’ve spent more time working either in a remote office or from home. I started my career as a programmer in asset management, and my manager, team, and business partners all worked in an office halfway across the country. Maybe it was my youthful naivete that made it work, but it did. Several years later, I led a global team, successfully running project after project. Nearly all the consultants and some employees, including myself, worked remotely, and those in company offices were highly distributed, with typically no more than two in each office, with a couple of exceptions.

At the time, I didn’t realize the significance of this remote work experience. I knew no other way of working, and it required me to develop important communications skills that have served me well to this day. During these past few months, I’ve been thinking more about what made these situations succeed, some of which I’ve addressed in this article. In a follow-up article, I’ll discuss ways that remote teams can ensure success with the various phases of a project, including kick-off, user acceptance testing, production parallel, and user training.

Getting a mostly remote team to peak productivity came with trials and errors, and I’m grateful to my colleagues for their patience and commitment as we devised a system that worked.

The advancement and acceptance of technology over the past 10 years have made remote teams a viable and sometimes preferred option. Here are a few key technologies that have transformed remote work:

My first remote work experiences came long before today’s ubiquitous cloud technologies and collaboration tools. We were limited to phone calls, emails, messaging, and network file sharing. With most firms today moving applications to the cloud, including productivity tools such as Microsoft Office 365, access to them isn’t as much a challenge as getting a team to effectively collaborate.

Although we had more primitive collaboration tools such as screen sharing and SharePoint, they were critical to productivity. Collaboration tools are now quite extensive, notably communication boards, project visualization boards, and whiteboarding, but require that teams have the proper equipment, including monitors, headsets, cameras, and Internet service to support video calls.

Team culture and dynamics start with the leaders. Since leading remote teams had not yet gone mainstream during my early experiences, it took some trial and error for us to learn some key principals:

Leaders must conduct frequent two-way communication with their remote teams, including setting clearly defined expectations and listening to members to ensure they remain engaged.

Empowerment and trust serve as strong motivators for members

I learned that when empowered and trusted, members were energized and more productive, and both employees and employer fully realized the benefits of working remotely. There will always be those few individuals who remain unmotivated regardless, but these same employees typically also lack motivation in the office.

3. The Importance of Establishing Ground Rules

Expectations significantly impact a remote team’s productivity. I found that the following ground rules should be established from the beginning and re-evaluated periodically.

Members’ availability and responsiveness are critical

Prior to asking them to publish their schedules and standard working hours, team members would grow frustrated if they had to wait for another member to come online or found that a colleague had left work for the day without notifying us. This affected team morale and productivity as our work was highly dependent on one another. The added transparency of posting schedules and working hours allowed team members to plan accordingly because they knew when their colleagues were available to respond to messages or ad hoc video calls.

Video was not widely available during my first two remote experiences, which meant rapport-building between members occurred over the phone, requiring strong listening skills and the willingness to speak up, which some found difficult. I have found that today’s video technology, which I use frequently in my current role, is essential for individual and team calls. Videoconferencing fosters higher functioning and productive teams, making it easier to build rapport.

One drawback of video calls are frequent interruptions, reducing the productivity gains of working remotely. This is where team stand-ups and member rapport are critical. If a team member needs to schedule a couple of hours of uninterrupted time to work on a project, this can be shared in advance with other members, who should respect their colleague’s request. Collaboration tools such as Microsoft Teams allow members to update their status to “do not disturb,” but it’s also important that members do not abuse this feature.

I’ve experienced productivity gains and strong team camaraderie working on remote teams. Although periodic, in-person interactions to cultivate rapport and strong relationships with stakeholders are valuable, a lack of such interactions shouldn’t prevent your firm from pressing forward with important initiatives.

COVID-19 has revealed to more firms and their leaders the feasibility and benefits of fielding a remote workforce. During the pandemic response, many firms have reported productivity gains including delivering quarter-end client communications days early and racing ahead of schedule on project work. With thoughtful intent, leadership, and the right technology, remote teams can be a highly effective and productive asset to an organization.

Questions? Need to discuss a project you are working on? Feel free to reach out to us.

Lisa Masten is a Consulting Principal at Cutter Associates, leading the Implementation practice. She joined the firm in 2017 and has 20 years of experience in the investment management industry leading projects and designing solutions in the areas of order management, data management, market data administration, portfolio analytics, accounting, and performance measurement and attribution. She holds a B.A. in Finance and Computer Science from North Central College, IL.